September 20, 2011
2011Comments Off on Day 4 – Sunday
Sunday morning we drove to Nor Aresh area to the baptist church pastored by Garik Hatsadourian. The congregation shares the building with another group. Our cousins (Anahid, Haik, Ervand and Shusane) also in attendance. The church members quickly greeted and made them feel at home. Ervand and Shusane will be followed up by the young people’s group.
Dad took the opportunity to preach about the meaning of salvation and the importance of accepting God’s free gift of salvation. There was an alter call at the end of the service and several members stepped forward. ﻿Even after the service ended there were those who were still coming forward asking for prayer. What a blessed time was had. 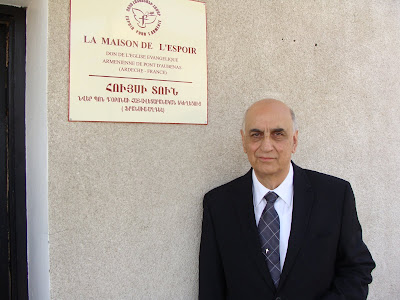 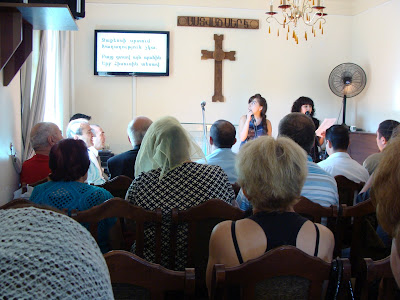 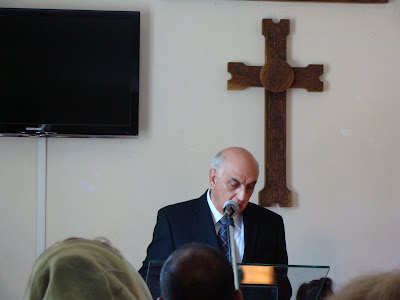 After a nice lunch we walked over to an open air flea market that the locals call ‘vernissage’. There are lots of local artisans, antiques and jewellery. We walked around for a while before heading to the 20th Anniversary concert of the AMAA (Armenian Missionary Association of America) 5 p.m.﻿ 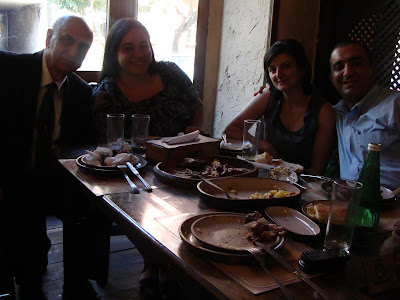 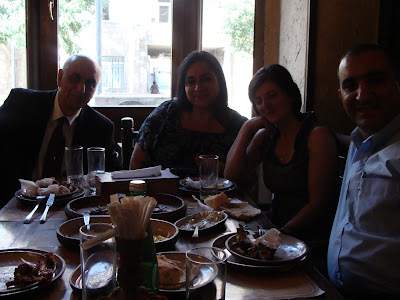 Our day was not over yet. We headed to Nellie’s mom’s home for coffee. Dad met her in 2008 and prayed for healing. She is a very sweet woman who was so thrilled to see Dad again. She is the woman who raised Laurita (Nelli’s niece).
﻿﻿﻿