It is amazing when a group of people get together and they have one commonality – Christ’s saving grace. The villagers of Spitak and Stepanavan opened their hearts and arms to us. 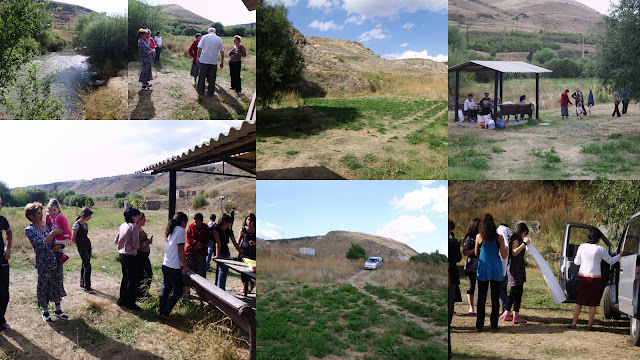 Once everyone was gathered by the river the women quickly changed into their white baptismal gowns in a dilapidated stone house while the men waited for their turn. There was an excitement in the air almost as though it were a wedding. But we all know that a baptismal service is so much more significant then any wedding day. I so loved watching the different emotions on the faces of those being baptized. I cannot begin to describe how I felt. I feel so honored and privileged to be part of something so great. It took my breath away as I imagined what it would be like in heaven. Think about it. Don’t you agree? 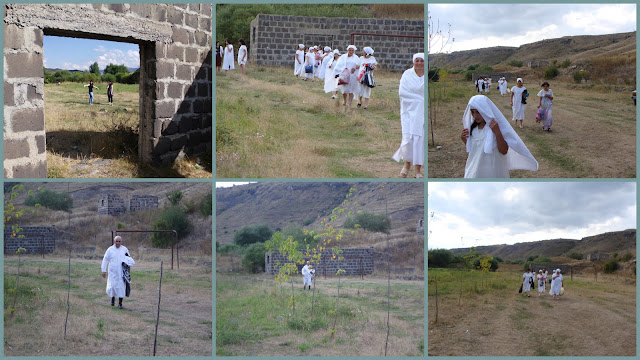 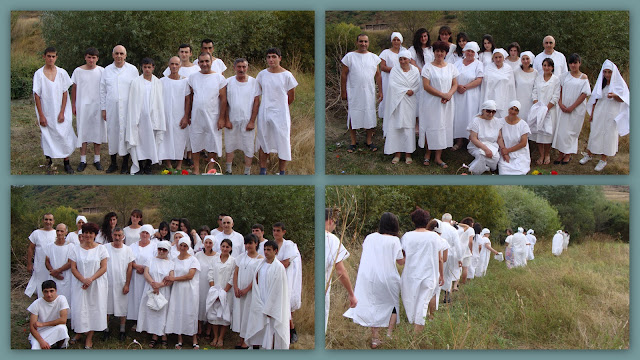 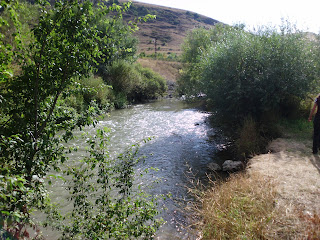 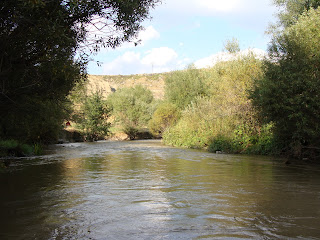 I had the privilege of being front and center as I took the pictures and helped them enter and exit the river. My dad and Arayik simultaneously were baptising. My words cannot describe the stories that were written on the faces of these amazing people. I wish I had the energy to write and you had the time to read about each one of these amazing people. 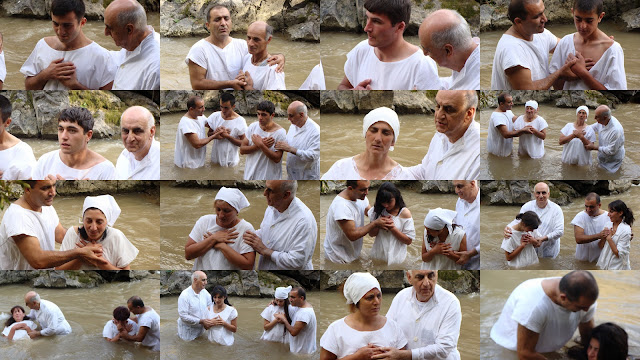 The three of us standing by the river side helping folks in and out of the water and taking pictures and video were almost pulled in several times. 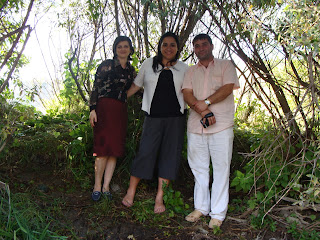 There was a time of worship and communion was served. You could see the importance of this to everyone there. The sharing of the bread and wine is something that they take very seriously here. 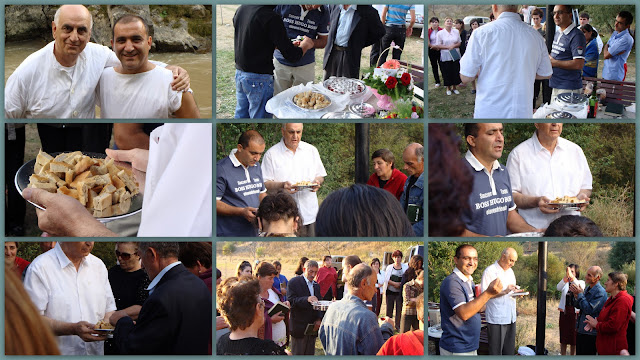 Everyone who was baptized received a New Testament and a small gold cross pin. 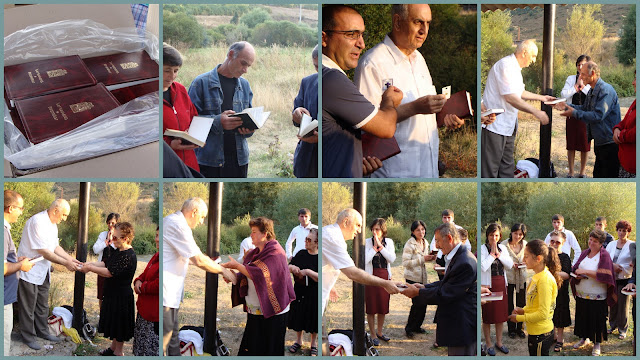 And with any gathering of Armenians there was food. So much food that there was a bow in that picnic table. Arayik’s son Hovnan took on the responsibility of cooking the chicken for everyone. I’ve had many a chicken in my day but this chicken cooked over a primitive but effective wood burning fire was finger licking good. 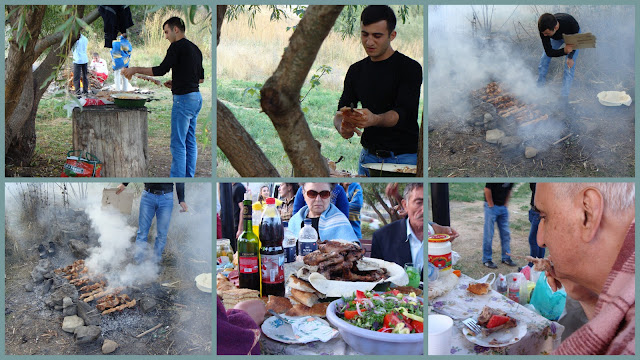 By the time we were done eating and cleaning up is was after 8:30 pm. Now all 35 or so of us had to get back to Stepanavan and Spitak and from Spitak to Yerevan. The van that had held 19 on the way to river now held 24. But what laughter and joy there was. I can still hear the chatter and excitement. 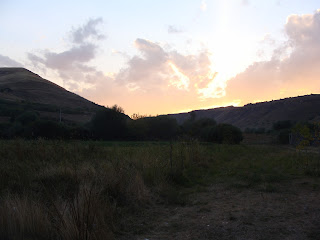 Here’s a small anecdote. Wearing seat belts are mandatory in Armenia and if you are caught without one will get a heft fine. So here we are all 24 or so of us stuffed like sardines in this tin can that really belonged in the junk yard and four young men stuffed into the front seat made for two when I noticed the driver slip on his seat belt. Perhaps I was just tired and giddy but I pointed this out to those around me and we just started to laugh.

It is 2:39 a.m. I must get some rest, I want to write so much more about this day. I met so many amazing men and women. I want to share with you their stories. I figure that when I get back to Montreal I will continue to post for a while slowly telling their stories one at a time.

Tomorrow I will post about Day 4 which was Sunday.

Please continue to pray for strength for my dad. As you can tell our days are long and physically and mentally very tiring.